Its more than a coin - its a memory

Walking on the streets of Hyderabad near Charminar last summer, I came across vendors selling piles of old Indian coins.  My friend, an avid coin collector got on her knees and started sifting through these piles. I joined her, since anything vintage always piques my interest. Since I live in the US, nowadays, I covet anything that is “Indian” and old.  I therefore picked up lots of coins with the vision of wearing a piece of India as a charm to satisfy my nostalgia, and to pass my wonderful memories on to Mayil fans. 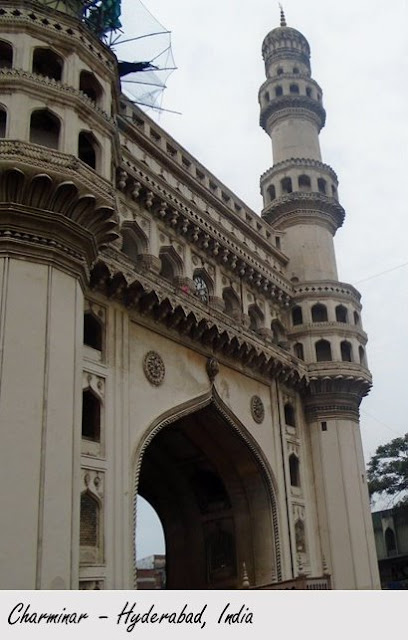 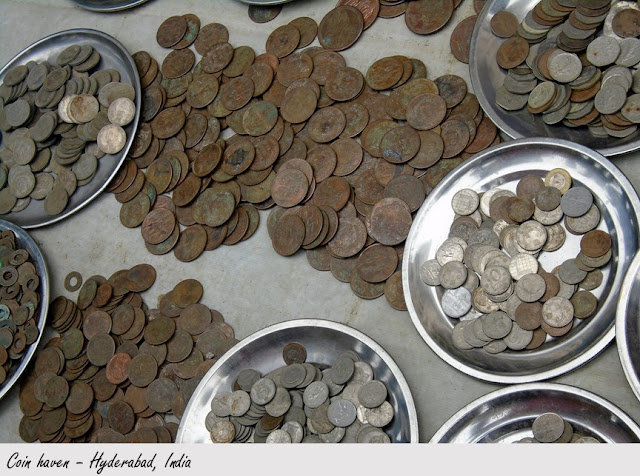 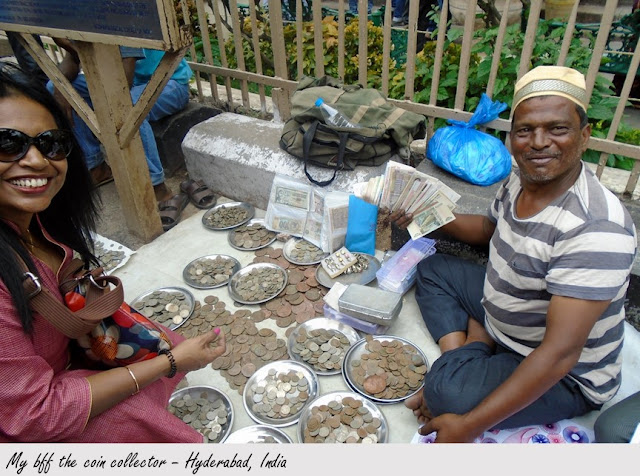 A coin is “a piece of metal stamped and issued by the authority of a government for use as money” (dictionary.com).  The word coin has its roots in the Latin word “cuneus,” meaning wedge.  Coins have been in use since ancient times as early as 700BC in China and Greece and 600 BC in India.  Ancient India was one of the earliest issuers of coins according to The Indian Encyclopaedia. In India, early coins were made of silver bars and were irregularly shaped because they had to be manually cut. These coins were punch-marked with one or more symbols.  Later period coins were punched with a royal “standard” symbol to maintain uniformity.  During the Maurya period (500-400 BC) coins were made in large quantities and used for trade.  In addition to silver coins (rupyarupa) coins were also made of lead, copper and gold. The word rupee probably has its origins from these rupa of the Maurya period. After the Maurya period, the Gupta dynasty began minting coins using molds and dies, giving them uniformity in shape. The goddesses of wealth (Lakshmi) and learning (Saraswathi) were used on coins during this period. The trend of marking coins with royal portraits began during the Indo-Greek period, and continues today. 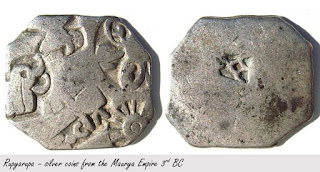 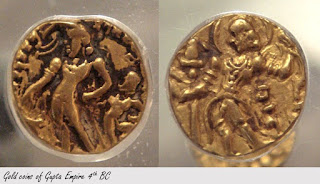 With the end of the British rule, the rupee was subdivided into 16 annas, with each anna being equivalent to 4 paise.  In 1957 the rupee was divided into 100 naye paise (naye meaning new in Hindi and Urdu) and the word “naye” was later dropped, creating the modern day 100 paise/rupee relationship.

I grew up with these  naye paise coins and I was excited to find them in the pile at the market. I found round copper 1 paise, square 5 paise, scalloped 10 paise, golden lotus 20 paise and more.  These coins were demonetized in 2011, so with the help of my local jeweler in Palliyadi, TN, I made them into wearable charms. If you want to cherish a piece of India from the 60s and 70s, you’ll find the assortment of coins at Mayil. Wear these vintage coin charms on a kalamkari tie or a piece of picoed chiffon fabric. Wear them long or wear them close to your neck as a choker. You can even wrap them around your wrist.

May Lakshmi and Saraswathi bless all your endeavors. It paise (pays) to have all the support you can. 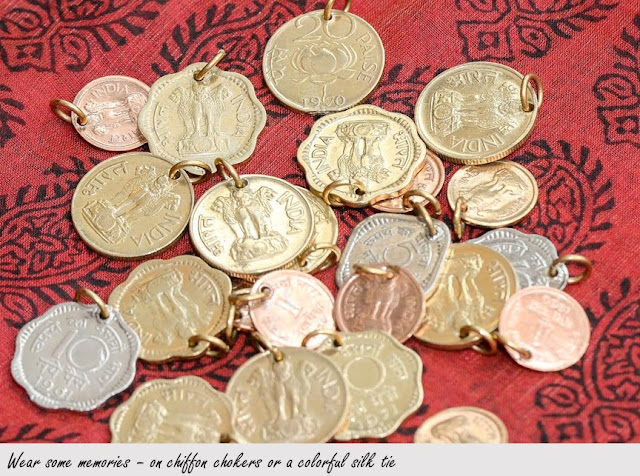 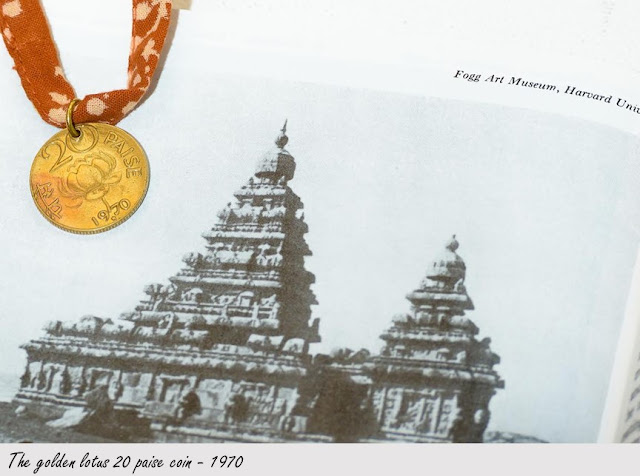 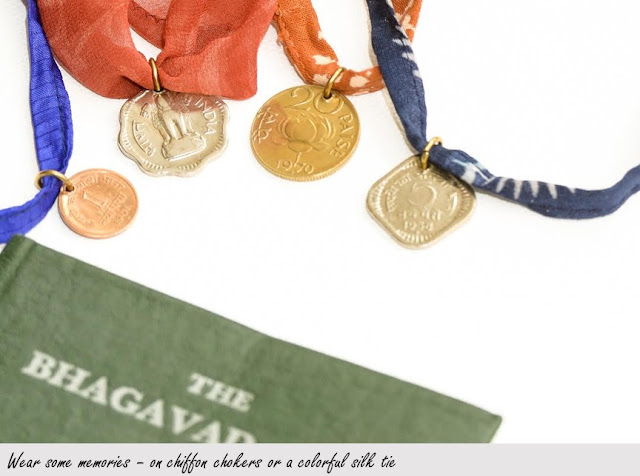 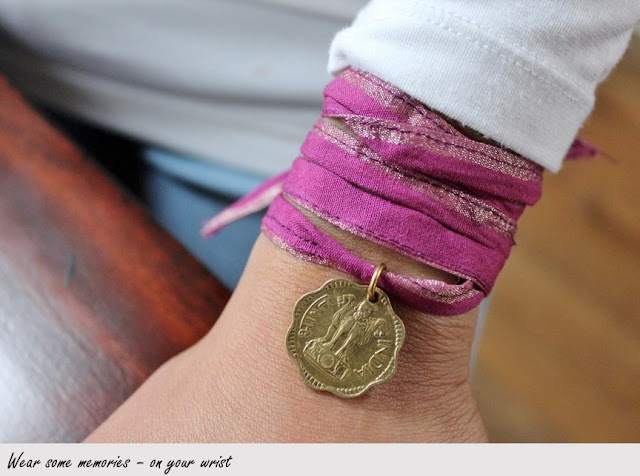 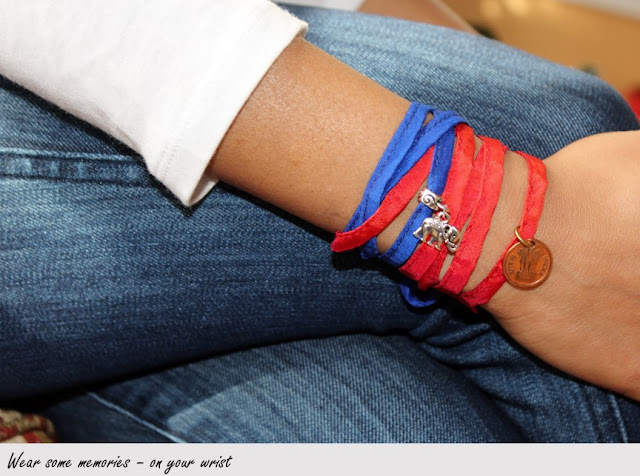 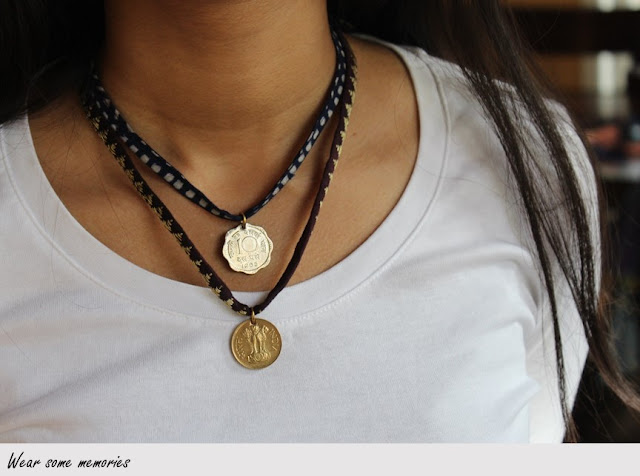 Unique handmade scarves!
Mayil means peacock in Tamil (spoken in southern India, one of the oldest surviving classical languages). Like feathers of the peacock, Mayil scarves are a kaleidoscope of colors.